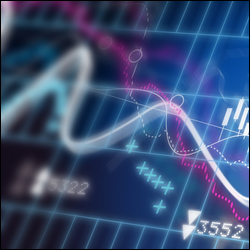 The Ichimoku Kinko Hyo is a highly versatile trading indicator. In fact it is a set of indicators that gives traders a complete overview of the market.

It was developed in the previous century by a Japanese journalist by the name of Goichi Hosada. He worked on it for more than two decades to further refine it and later published his findings in a 1959 book.

It is still not widely known in the West, although its popularity is on the rise. In Japan it’s hard to find a trading room without an Ichimoku Kinko Hyo chart somewhere on a screen or against a wall.

This stock market index trading strategy uses the Ichimoku chart below. The reason for this is that the spread betting strategy is very much based on trend following, which is what the Ichimoku was developed for in the first place.

If you are looking at buying an index, such as the FTSE 100, Dow Jones, DAX 30 etc, then according to this strategy there are a series of requirements that need to be fulfilled.

The chart below shows a graph of the daily price of the DAX 30 index spread betting market from April 2010 until May 2011. During this period the price moved gradually upwards, then went through a major correction but still closed more than 1,000 points above its original closing price.

If we had followed the simple trading strategy above, we would have captured most of the upswing and made a very nice profit.

Returning to the chart, we see that at point A1 the first three requirements are met. The price has just moved out of the cloud, the green Chinkou Span line is above the price 26 periods ago and the price is also above the red Tenkan-Sen short-term average.

The last requirement, that the red Tenkan-Sen line must be above the blue Kijun-Sen, has not been met yet. In this particular case it would have worked out well if you did not wait for this to happen, however, it could easily have gone the other way.

When the red Tenkan-Sen line moves above the blue Kijun-Sen at point A2 on the chart, we have received another short-term confirmation of the longer term bull market.

Going long at this point would have given us a nice profit of several hundred points, depending on what we used as a stop loss point.

Using the red Tenkan-Sen Line as a stop loss is very conservative and would have kicked you out of an otherwise profitable trade several times.

The blue Kijun-Sen would have been a better option. It would have kicked you out of the trade on the 30th of November and again on the 10th of January, only to enter again when the price returned above the level of the Tenkan-Sen.

Eventually this strategy would have become erratic towards the end of February/beginning of March, with several false exits and entries before the price finally dropped back into the cloud.

The best option would have been to use the cloud itself as an exit strategy. In other words, exit the trade the moment the price drops back into the cloud. This would have given us the biggest profit and the lowest number of false entries/exits.

At point B all four requirements above were again met but this time for a short trade. Unfortunately, there wasn’t much profit in that particular trade due to an early exit, e.g. the red Tenkan-Sen, would have worked best in this instance.

At point C all four requirements for a bull market were once again met. The price subsequently moved up just over 200 points, but then retracted to a level below both the Kijun-Sen and the Tenkan-Sen.

At this point, a cautious trader would wait for a continuation signal, such as the price moving above the red Tenkan-Sen again, before entering a long position.

If, on the other hand, the price were to move down further and enter the cloud, a cautious trader would wait for the requirements of a short position set out above to be met before making a trade.